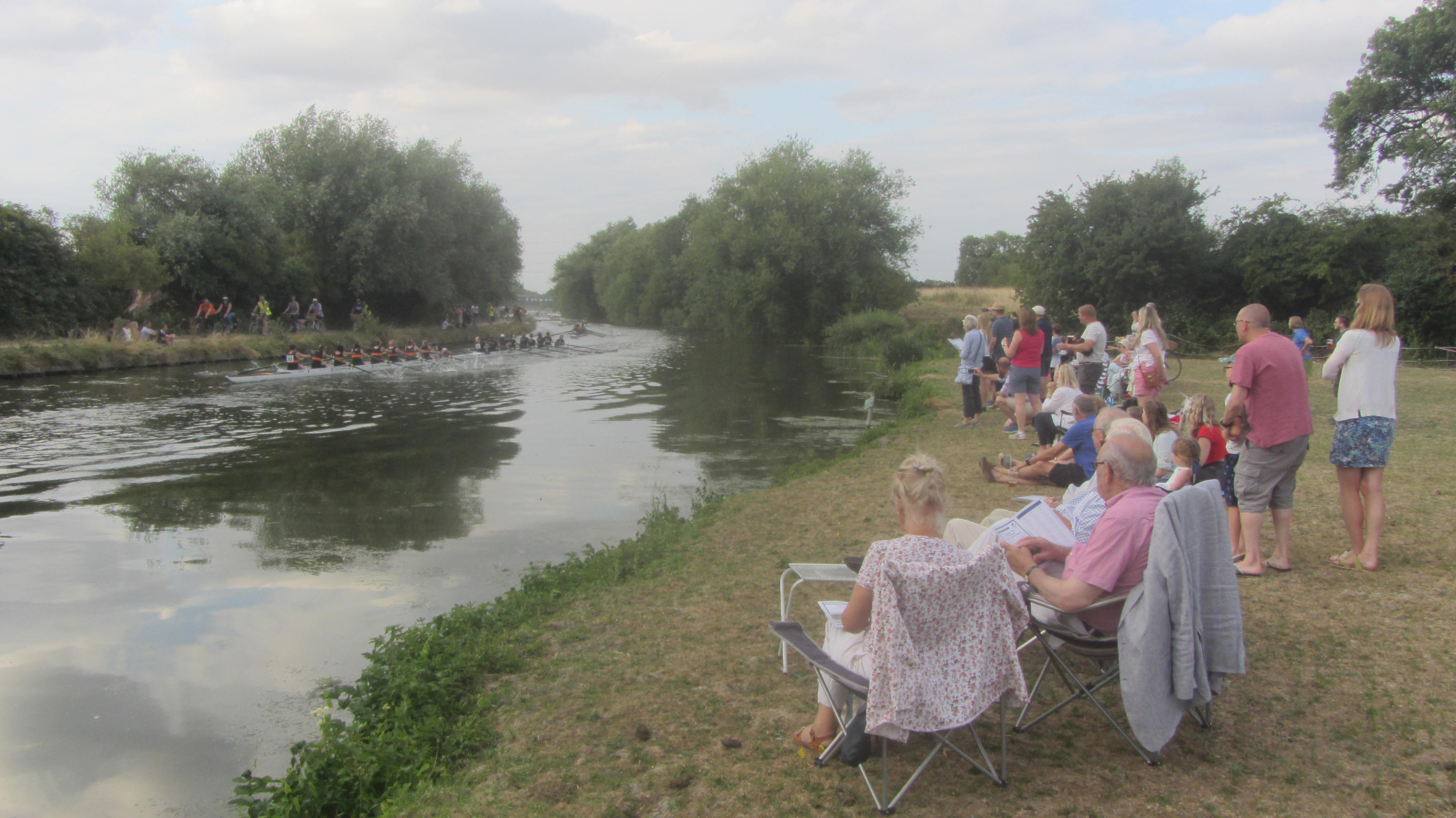 The organisers of the enclosure in the past (Chris and Peta Parkhouse for ten years and Simon Simon Fairhall on behalf of Living Sport last year) were no longer able to devote their time to what had been a well run event.

Bill Key, the President, decided that this would be an ideal opportunity for the Cambridgeshire Rowing Association to take over the operation of the enclosure particularly as it marked the 150th Anniversary of the Town Bumps and agreement was made with the Fen Ditton Townlands Trust.

Osier Holt gives a commanding view of the Bumps Course from the Gun Shed to Grassy Corner.

Members and friends of the CRA Clubs were invited to attend and and encouraged to bring a picnic along with them.

The important job of controlling access was carried out by members of the 26th Cambridge Scout Group.

We were fortunate to have the services of Milton Brewery who provided a beer tent during the week and served light refreshments.

We had glorious weather for the whole week and the enclosure proved very popular particularly for young families many of whom bought picnics.